The traditional Jin Hock eating place (previously known as Nam Heng Restaurant - MK22-98332A) along the junctions of Simon Road and Upper Serangoon Road has seen its fair share of history since it was built in 1936. This coffee shop would have served the fishermen and farmers who plied their trade just after the sixth mile junction. The Japanese soldiers of WW2 would have driven past this building and onwards to Ponggol beach. The black and white photo above was taken in 1983. 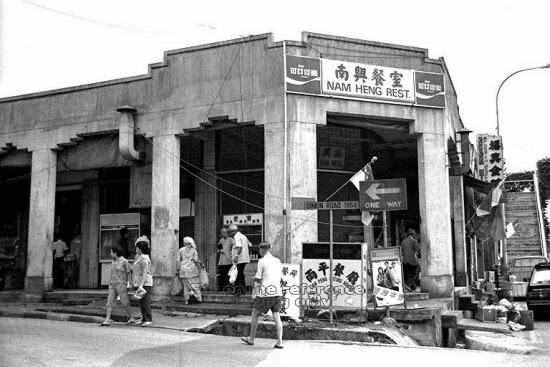 Here's another picture taken in the 90s. (Photo credit: National Archives of Singapore) In this picture, you can see that the sign board - Nam Heng Rest. - has now been firmly lodged above the building entrance. Also, Singapore was still using the four digit postal code. The country adopted the six digit postal code on 1 September 1995. 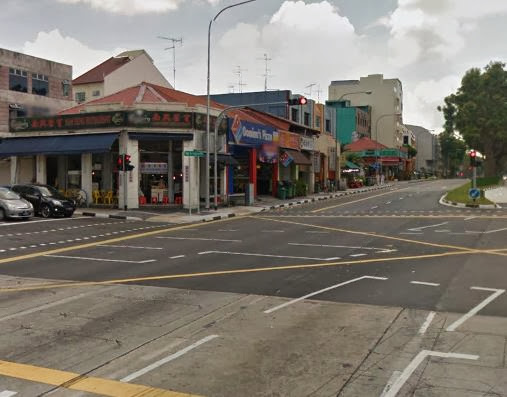 Comparing to the coloured photo taken off Google Map (May 2011), the building's structure has not changed much. The road though was much narrower. The overhead bridge has been removed and the buildings on the right, demolished. 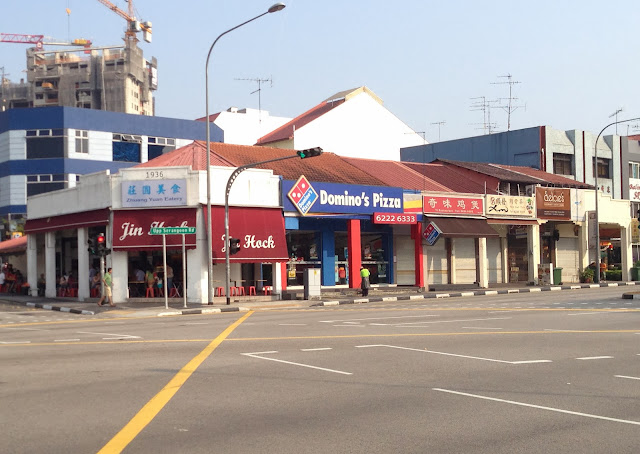 The building has recently been renamed to Jin Hock Eatery and has gone through some upgrading. Gone are the little square tiles and their old sign boards.

Still, sitting at the coffee shop and soaking in the nostalgia was just wonderful - A well maintained lady who looked like a regular at this coffee shop shared that she's already 80; the shop owner who wished us "kong hee fatt choy" after serving us our fare; the elderly "kopi Kia" who asked a lady to move not because she was in the way along the "five foot way", but because he found a more comfortable place for her to have a breakfast. True kampung spirit. True nostalgia!

It was more than 50 years later before the next mention was seen. In 1983, a Teo Yeok Hwa had “applied for a First Class Beer House licence” for Nam Heng Restaurant. (Advertisements, 1988)

Posted by REDLeader at 7:17 PM No comments: