[Singapore Movies] Kallang Roar! Only at the National Stadium

The chant rang out loud amongst the Singapore soccer players of the 70s. It was a shout of intent; A shout of believe.

"Untuk Bangsa Dan Negara", Uncle Choo Seng Quee with his voiced raised. That was quickly followed up by the players shouting with conviction - "MAJULAH"!

Singapore soccer players fought tooth and nail for just one reason - National Pride. The phrase "Untuk Bangsa Dan Negara" as translated in English means "For the people and country". Not only was it meant to bring together soccer players of different races and religions, it was also reflective of how a young Singapore was at that point in time and their aspiration of wanting to fight together, regardless of race, language or religion. 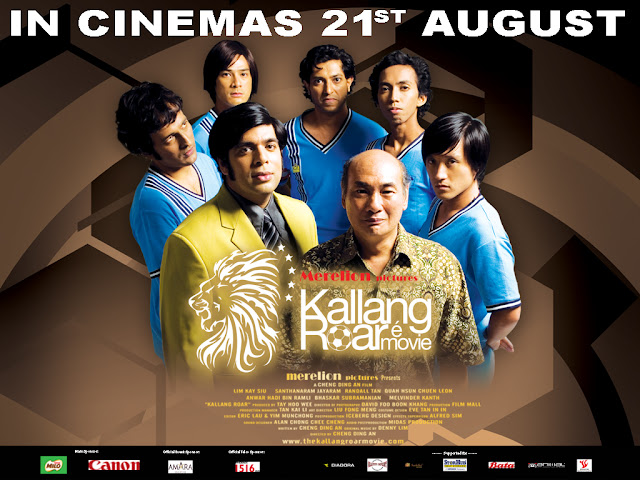 The movie - Kallang Roar - brought back wonderful memories of yesteryear. Those time where stood together as one to cheer on our soccer team. Part of the location was filmed in the old National Stadium, which has since been demolished and replaced with a spanking new stadium. Led by veteran actor Lim Kay Siu who took the role Singapore's most successful and controversial coach,  Uncle Choo Seng Quee, the movie cast its focus on Singapore's soccer glorious days of the 70s.

Worth a watch to know the history.

Here're more photos of the stadium that I took in 2010 before it was torn down.

Posted by REDLeader at 11:52 AM No comments:

"You must have not taken a STC bus before", said an elderly man who was waiting patiently behind me to board a re-modelled Singapore Traction Company's (STC) public bus. Indeed, I had not had a ride in one as I was a 1973 baby. STC went into debt and was sold off in 1971. (1)

Boarding a STC bus
Four circled-round lights; Rivets used to hold the shell of the bus together; a singular gear stick; The re-modelled bus was painstakingly put together by the Singapore's statutory board - the Land Transport Authority.

In the past, the assembly of such buses was taken on by local companies such as Lee Kiat Seng Private Limited. (2)  This company was previously located at 50, Kallang Pudding Road. (3) They have been building the bodies of buses since 1924. (4)

Inside of the bus

There were also a number of old notices that were included in this STC bus. One, to warn passengers against smoking and the hefty fine that would come along with it. The other notices include one that advised passengers not to stand on the steps (Many still did) and the other was about an emergency door.

Fine specimen of a bus, I'd say.

Posted by REDLeader at 11:38 PM No comments: