Elgin Bridge: The Bridge That Separated The Malays From The Chinese


The site where Elgin Bridge sits was already a known crossing point before Sir Stamford Raffles landed in 1819. The locals had built themselves a wooden bridge that spanned over the Singapore river. (1) This bridge was significant as it was the only crossing to where the Chinese community lived. (2) The bridge also separated the Chinese (China town) from the Malays (Kampong Glam). (6)


Former Bridges before the construction of the Elgin Bridge


The Elgin Bridge, named after Lord James Bruce Elgin, Governor-General of India was completed in May 30, 1929. (3) This is the fifth bridge that was built on this site. From the first locally-built wooden bridge, a new draw bridge was built by Lt. Philip Jackson in 1822. It was called the Presentment Bridge or Monkey Bridge. Workers were able to draw up the bridges whenever ships with tall sails made their way upstream towards the ports and godowns. (2)

In 1844, a wooden footbridge then replaced the old drawbridge. This new bridge was called Thomson Bridge, named after it's architect John Turnbull Thomson. The bridge was then replaced by an iron bridge in 1862 and it was then named Elgin Bridge. It was built at a cost of $13,000. When the old bridges were taken down in order to build the new bridges, it posed to the community great inconveniences as they would then have to use boats to move themselves and their goods to the other side of the river. (4)


The bridge is not the only historically rich architecture. The cast iron orb lighting was designed by an Italian sculptor Cavaliere Rudolfo Nolli. (3) Other works by Nolli include sculptures in the former Supreme Court building, Raffles Hotel and King Edward VII College of medicine building. 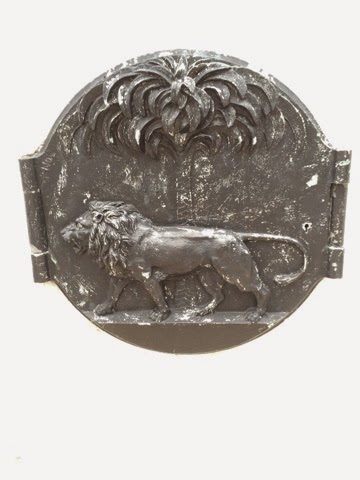 Nolli also helped to design six bronze plaques - a lion standing in front of the palm tree - that welcome any visitors using the bridge on either side.


Looking down at the river 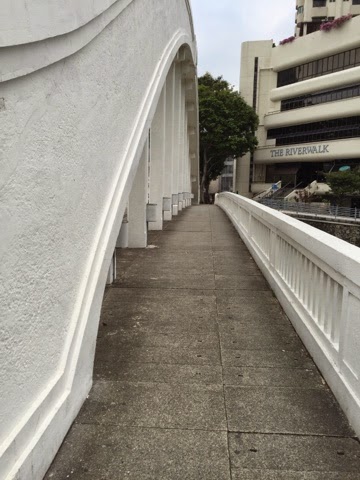 It was such a throwback into time walking along the bridge. In those yesteryears, this pathway would be where people use it to get to the other side. No one would really stand along the walkway to watch the tongkangs go by. You see, Singapore River was no where near its current level of cleanliness. The water was filthy and sanitation was non-existent. Thus, the river became a filth pit of human excrement and waste. The river was deemed a "irreversible environmental disaster" by an UN expert. (6)


In the late 70s, the government pulled together the different ministries to look at how they could revitalise this polluted river. It took the inter-ministry team 10 years to change this environmental disaster to a miraculous success.

With such a transformation, both locals and tourists alike can now stop along Elgin Bridge to take in the history, watch the sunset and wave at people on board the electric-run tongkangs for tourists.

Posted by REDLeader at 4:52 PM No comments:


With her well coiffed hair and neat dressing, Ms Lucy Koh easily stood out from the rest of her staff. She guards the front of her shop like a hawk and none of her staff was allowed close to her special formulated laksa gravy when she's around. No one except when she was away dishing out her laksa to Singaporeans in Shanghai, China every year during Singapore Day. (1)


Ms Koh was quietly confident that she has one of the best laksa formula in town - her laksa won Gordon Ramsay's version hands-down. (3) This media savvy boss sees good online reviews of her laksa on sites such as Lonely Planet and ieatishootipost. (4) (5)

Previously, there were a number of pioneer laksa stalls in Katong. i.e. Janggut Laksa. But now, it looks like 328 Katong Laksa has now the monopoly of the laksa business there.

Or maybe one that's outside of Katong - Sungei Road Laksa?

Posted by REDLeader at 1:52 AM No comments:


The Senior Police Officers' Mess sits deep in the heart of Mount Pleasant Road. The building itself - 153, Mount Pleasant Road - was said to have been built in the 1930s with the living quarters on the upper floor while the mess or the dining area was on the ground floor.  (1)

The Mess itself was manned by a small catering corp to prepare meals for these British Police Officers. There would also be parties every Friday nights where music and dancing was on the cards. (1)

But all parties ceased when the Japanese occupied Singapore in 1942. There were no records to show how this building was used by the Japanese. Currently, the building has been transformed into an Officers' Club and is being used to host both foreign and local dignitaries.

"Mr Wong Ah Sun, who has been a mess steward for 42 years, recalls making his way through the tapioca garden that is now the lawn and tennis courts and entering a Mess devoid of furnishings."  (1)


On the right of the building, I came across this huge cannon with a royal insignia embossed on it. I'm wondering if this was an original cannon placed there to guard the grounds and was it ever used used to fight the Japanese.


Within the mess, there were also guns of different lengths on display. Other than the physical buildings and a remnants of guns and cannon, the ground was was pretty spartan. Also, I could not find much information about this place. It was as if the ground had wanted to withhold its secrets as it  refuses to speak.

Drop me a note if you have information about this particular building - 153 Mount Pleasant Road. 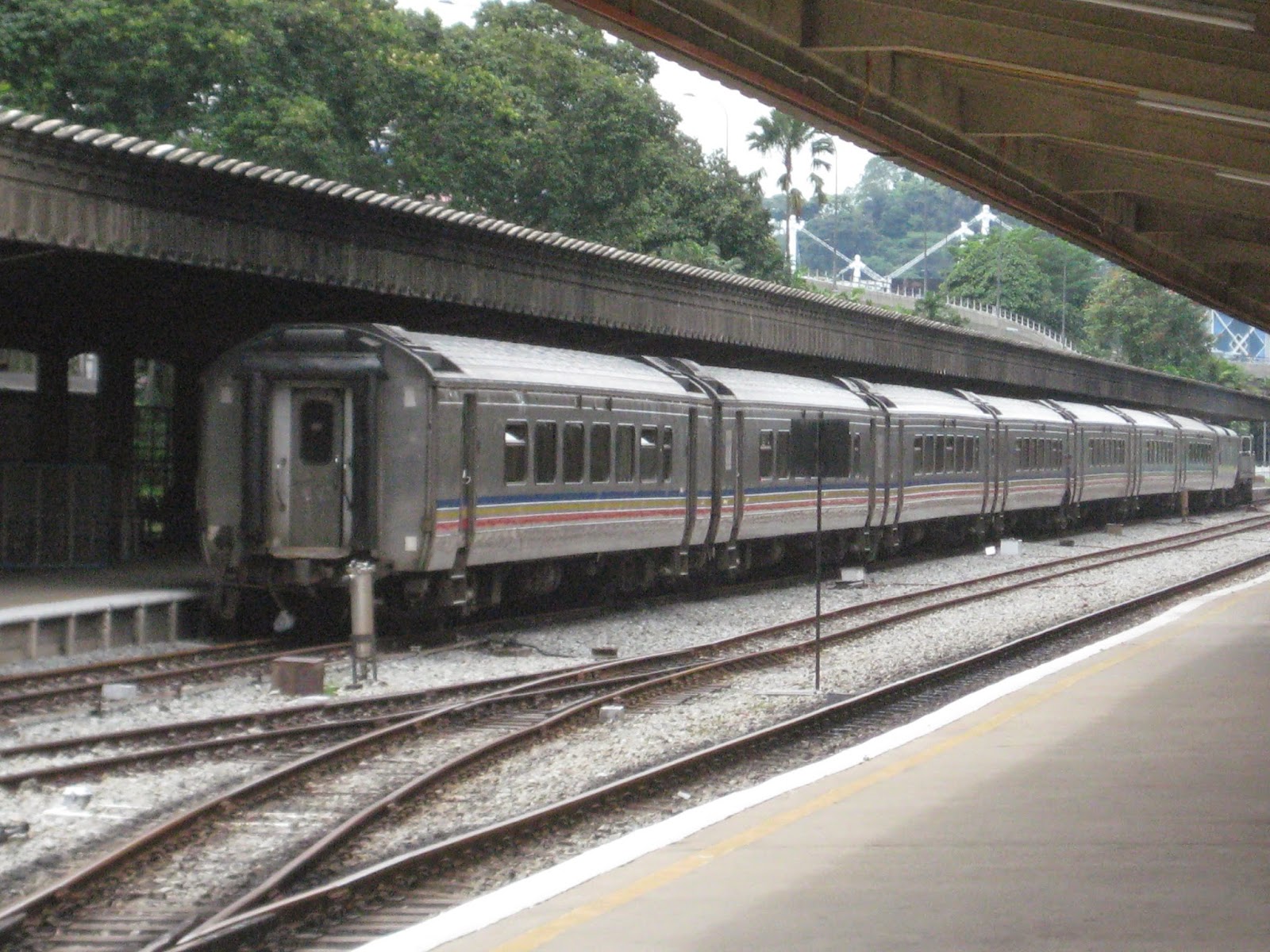 "I have not, the slightest doubt, that, for centuries, this Singapore terminal station will stand here as one of the most nodal points in the whole world's scheme of communications.' (1)

Confident words by Sir Clementi. The Train Station is no longer in use, but now stands as an important historical building that  in the past, help build up the economy of Singapore.

The Tanjong Pagar Train Station or what was listed in railway records as "Bukit Timah to Tanjong Pagar Deviation and New Terminal Station, Singapore' was officially opened by Sir Cecil Clementi on May 2, 1932. (2)

Over the years, the Train station witnessed the Japanese Occupation and their surrender. A Japanese officer committed suicide at the train station when Japan lost the war (4) ; the merger and separation of Singapore with Malaya, and finally, Singapore's own independence. As Singapore started to grow and prosper, the need of land became more critical.

Singapore and Malaysia started discussing about land swap which include the handing over of the Tanjong Pagar Railway Station since 1990. But disagreements on how both countries interpreted the Points of Agreement ensured that the land-swap was only agreed upon in 2010. The last train rolled out of the Tanjong Pagar Railway Station on July 1, 2011 and the building has been shuttered ever since, except on public holidays where the Singapore Land Authorities will throw open the gates to the public. (3)

Here're pictures that I have taken on the Good Friday holiday.


Witnessing history depart
Posted by REDLeader at 12:00 AM No comments: